Let’s talk about spike rules again. Spike rules come into play when there is a set of single prints, usually long in size, that occur during the last 30 minutes of trade. In the way that I have my market profile software configured, that would be N period. Note that N period is followed by O period (I watched a lot of Sesame Street), but O period is only 15 minutes long as the futures stop trading at 4:15. So, sometimes a spike will have some “O”‘s mixed in with its “N”‘s but I still think of it as as spike. Other than the obvious benefit of an alphabet refresher, why is any of this important?

When a spike occurs it is a form of excess, and also price exploration. It is also a sign of selling (or buying at a top) that is very emotionally driven. Or is it? Well, it certainly is at the outset when the single prints are forming but normally you have the rest of the day to either fill in that area or leave an excess low/high on the chart. Because the spike occurs in the last 30 minute period, there is no further trade to either confirm or deny the spike. And that’s why you need the spike rules.

Currently futures are gapping up 10.00 as of this writing and are slated to open above the spike which I see as being from the low of 2603.00 to 2624.25. As the gap is well within yesterday’s range, gap rules are not in play which is good because you don’t have to keep two sets of rules in your head at the same time.

Some important nuances that we can glean from yesterday’s market generated information:
-No migration of POC lower with price yesterday. The POC is up at 2695.00 which is quite away from the LOD.
-The taper of volume was huge; I’m not seeing any large blocks of volume at price until much higher up the distribution.
-Overall volume was down as market went up early which was a tell, but also never really increased on way down either. As the market spent more time down than up yesterday, I’m carrying that forward.

What makes sense to me now…
–The market is oversold and the late day selloff does not bode well for sellers. What “should” happen is a strong countertrend rally here to balance that off a bit. That being said, why are futures only up 8 handles right now. Note that they were up 10 handles two paragraphs ago.
–Yesterday’s distribution has two other sets of single prints in it besides the spike. That adds on to my comment above that structure was poor on the way down.
–Yesterday was an outside day which means that the prior day’s range is completely inside of yesterday’s range. This is a longer term bearish signal but doesn’t have to play out today. It’s more of a swing (2-5 day) signal than a day timeframe one in my opinion. Carry it forward.
–A move over the ONH at 2664.25 isn’t necessarily a buy to me today because there is tons of value to the left of that and I’m not sure just how much shock and awe that would create if any.
–Futures are now up only 6 and /NQ’s have gone negative. Again, we should be rejecting the spike big time and while prices are still above it, I’m not impressed.

Have a great day,
-peter 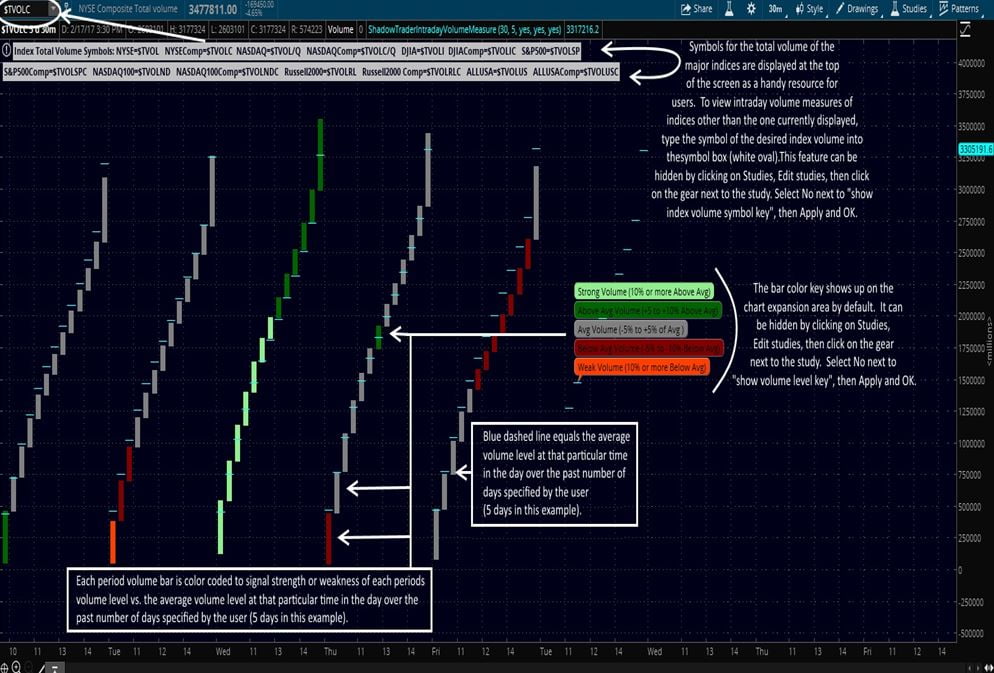 COMPARE INTRADAY VOLUME IN ANY TIMEFRAME

Peter Reznicek, Co-founder/Head Trader, Peter's Premarket Perspective, Weekly Options advisory
Peter Reznicek is the founder of ShadowTrader.net and writer of Peter's Premarket Perspective, a morning market profile blog to help people plan their trading day and organize their thoughts before the market opens. He can be reached at asktheshadow@shadowtrader.net.
View all author Posts

The Market Profile value areas and ShadowTrader Pivots for /ESM21 and /NQM21 Futures are posted free every morning in the ShadowTrader Swing Trader newsletter. WindoTrader 702-800-4628 Speak with Terry about the ShadowTrader discount     Key Levels for Today 4074.50 ONH / […]

The Market Profile value areas and ShadowTrader Pivots for /ESM21 and /NQM21 Futures are posted free every morning in the ShadowTrader Swing Trader newsletter. WindoTrader 702-800-4628 Speak with Terry about the ShadowTrader discount     Key Levels for Today 3894.50 ONH / […]

The Market Profile value areas and ShadowTrader Pivots for /ESM21 and /NQM21 Futures are posted free every morning in the ShadowTrader Swing Trader newsletter. WindoTrader 702-800-4628 Speak with Terry about the ShadowTrader discount     Key Levels for Today 3896.75 Top of […]

The Market Profile value areas and ShadowTrader Pivots for /ESM21 and /NQM21 Futures are posted free every morning in the ShadowTrader Swing Trader newsletter. WindoTrader 702-800-4628 Speak with Terry about the ShadowTrader discount     Key Levels for Today 3978.50 ATH (Overnight […]