Pursuant to our discussion in yesterday’s private webinar, I said I would post all the VPOC’s and gaps for thew new /ESH20 contract. Note that as time goes backwards some of the data is spotty because this contract didn’t trade very much way back then. Thus for some of the older VPOC’s I may have chosen TPO vs volume because it simply wasn’t clear where the volume POC was. If we go down there, then it won’t matter because the market will be drilling through all those levels like they were me tearing into some hummus after an intermittent fast.

I’ll also mention that it occurred to me this morning when marking off the levels that they should be numbered in a declining rather than ascending fashion. This way we know how many VPOC’s there are immediately just from looking at the most recent level and when a new one is added, we simply increase the number by one at a level that is very close to us currently. Withouth further ado, here’s the list:

Yesterday was the breakout that took out the prior all time high and the overnight high, now setting another record in tonight’s overnight session. Overnight inventory is very close to 100% net long. As of this writing, there is no a small true gap as we are trading just outside of yesterday’s RTH range. Gap rules are technically in play but the gap is tiny.

We are now moving definitively into the latter part of December which is a very seasonally bullish period, coupled with the fact that the trade war situation is on hold for now. Think in terms of the bigger picture and focus more on that than anything else. That last statement should jump out at you because this is a report about nuances that matter most during the day timeframe. And I’m actually telling you now to switch your focus away from that. Of course you should continue to use the various signposts of the market profile to hone entries during each trading session, but mainly I’m telling you that it’s a bull market and there is little impetus for investors to be selling stocks before the end of year. That’s the framework. Work from that starting point.

The all time high has again been made in an overnight session. Note that every time I’ve told you that this would not be the end of the auction, it has been correct. We should simply keep thinking that until it’s no longer true. That one point alone has been a good starting point from which to base an ongoing bullish thesis on and keep longer term traders in positions through pullbacks. As of now I expect last night’s overnight high to be no different. There is also minimal excess on yesterday’s RTH high. 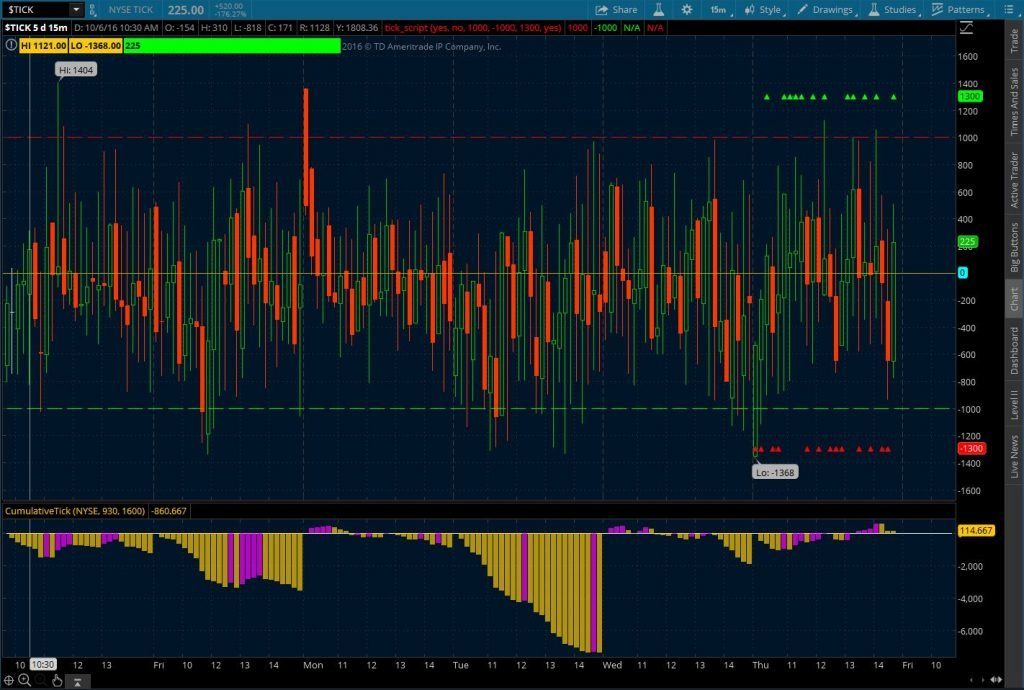 Beef up your “quad” and by putting your tick indicator on steroids!

Peter Reznicek, Co-founder/Head Trader, Peter's Premarket Perspective, Weekly Options advisory
Peter Reznicek is the founder of ShadowTrader.net and writer of Peter's Premarket Perspective, a morning market profile blog to help people plan their trading day and organize their thoughts before the market opens. He can be reached at asktheshadow@shadowtrader.net.
View all author Posts

The Market Profile value areas and ShadowTrader Pivots for /ESM21 and /NQM21 Futures are posted free every morning in the ShadowTrader Swing Trader newsletter. WindoTrader 702-800-4628 Speak with Terry about the ShadowTrader discount     Key Levels for Today 4074.50 ONH / […]

The Market Profile value areas and ShadowTrader Pivots for /ESM21 and /NQM21 Futures are posted free every morning in the ShadowTrader Swing Trader newsletter. WindoTrader 702-800-4628 Speak with Terry about the ShadowTrader discount     Key Levels for Today 3894.50 ONH / […]

The Market Profile value areas and ShadowTrader Pivots for /ESM21 and /NQM21 Futures are posted free every morning in the ShadowTrader Swing Trader newsletter. WindoTrader 702-800-4628 Speak with Terry about the ShadowTrader discount     Key Levels for Today 3896.75 Top of […]

The Market Profile value areas and ShadowTrader Pivots for /ESM21 and /NQM21 Futures are posted free every morning in the ShadowTrader Swing Trader newsletter. WindoTrader 702-800-4628 Speak with Terry about the ShadowTrader discount     Key Levels for Today 3978.50 ATH (Overnight […]

Still the best deal on the Street. My people were way ahead of this $TSLA breakout: https://t.co/LCemFyNMV0 https://t.co/p7HFBnm0by